The Ultrafast Nonlinear Optics Research Team led by Prof. Liu Yi at the School of Optical-Electrical and Computer Engineering released their latest research results entitled “Formation Dynamics of Excited Neutral Nitrogen Molecules inside Femtosecond Laser Filaments” in Physical Review Letters. Based on a laser-induced fluorescence depletion method, they have revealed the temporal formation dynamics of the excited N2 molecules inside air plasma filaments generated by femtosecond laser pulses, which can be important for the applications of filaments based on the excited neutral nitrogen molecules such as the remote detection of electric fields, cavity-less air lasers, and filament characterization. 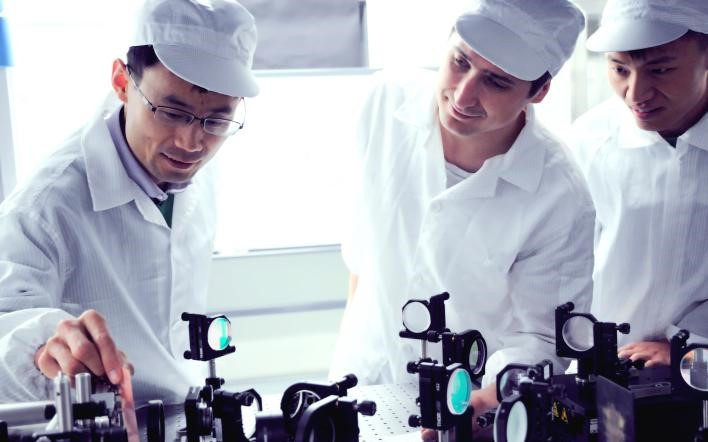 The research paper is the result of long-term and in-depth cooperation among three universities: USST, the Technical University of Madrid, Spain, and the Polytechnic University Paris, France. According to Rostyslav Danylo, a PhD student from Ukraine and his supervisor Prof. Liu Yi, it took them a long time to finish the arduous task after repeated experiments and modifications. On recalling the experimental process, they emphasized that the experimental results needed to be repeated to identify the optimal results. Furthermore, after obtaining the experimental results, it still took them some time to understand and interpret how it happens and what it means. As the only foreign expertmember on the team, Rostylsav became acquainted with Prof. Liu during his Master’s study. At that time, he was involved in Prof. Liu's research project and demonstrated his diligence and intelligence to Prof. Liu. Prof. Liu spoke highly of Rostylsav: “He already possesses a lot of experience with the experimental equipment and working experience in the office. He really has helped the team a lot by training our students and, at the very beginning, rebuilding the lab.” 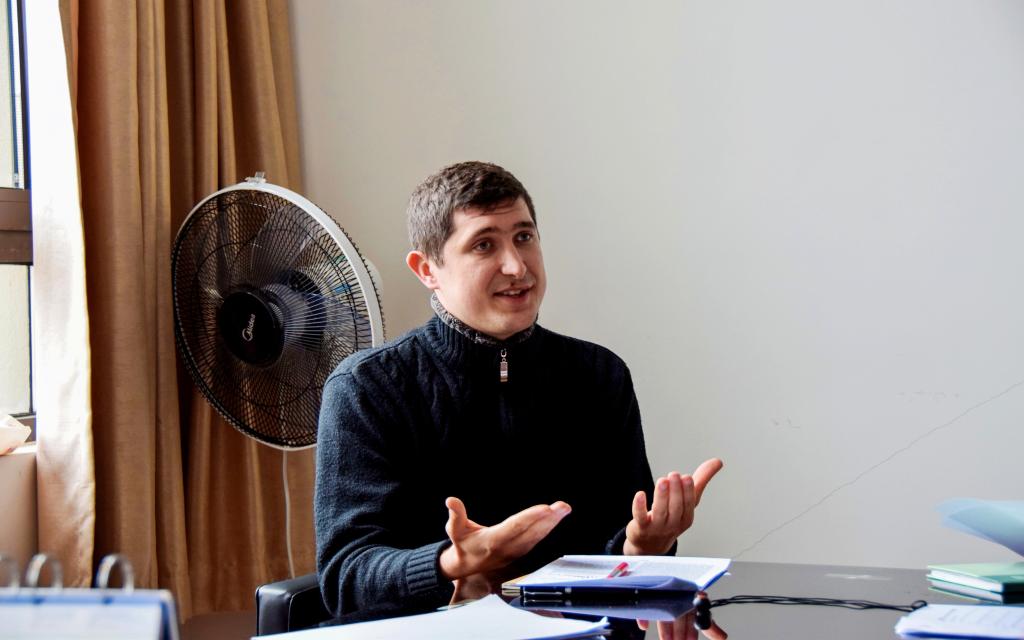 Academic discussions were regular activities for Professor Liu's team. They used to arrive early at the office but worked late till 10 pm, “One cannot sleep a lot as a scientist,” said Rostylsav with a smile. Besides hard work, he also mentioned “childlike curiosity” as one of the significant features of being a researcher, “When we were young, we couldn’t stop asking why the sun shines? Why the pen falls on the ground? But when we grow up, we get used to these phenomena and stop asking these questions. And the ability to ask simple questions is just a core quality of being a researcher. As a scientist, you need to recognize problems, jump out of your comfort zone, and retain your early curiosity.”

Team work was essential to complete the research project, so was the support from the schools and government. When Rostylsav first entered the campus in 2016, there wasn’t enough research equipment for their experiments in the lab. Six months later, the laser equipment that they had asked for arrived, but it was not working as well as they had expected. They had to spend the whole year rebuilding their lab. Three years later, the equipment was correctly configured in the lab, which reached the required level of excellence, so the team was quite satisfied with the support from both our university and the Shanghai Municipal Government. Speaking of the life here in Shanghai, Rostylsav sometimes had difficulties in his daily life. “I sometimes face some problems mainly due to the language difference. With a lot of help from Prof. Liu and my team members, I gradually adapted to campus life and could divert all my attention to my research,” Rostylsav told us. In the coming days, guided by Prof. Liu, Rostylsav will undertake more intensive studies and they expect to achieve more research results in the field, which will be noteworthy for USST’s research platform.